So, you think radio was always the way it is today?

Let’s see, today, many “announcers” go into the studio, record all of their vocal breaks, and leave for the day. Oh, they might make a public appearance here or there, and cut a commercial or two, but in reality, radio has gone downhill over the years. I’ll go into more detail why I believe so in a few minutes.

Most radio disc jockeys in the 1970’s started at small market radio stations. These were stations where you honed your vocal skills, perfected your timing, and learned how to operate a control board. There were even mixed format stations that tried their best to reach all different audiences at specific times of the day. These were the challenges that faced anyone that wanted to “get into radio” back in the day.

Take, for instance, a station I paid my dues at. In the morning, it was a mix of local news, national news, and religious programming. It made a change to “Classic Standards” (Frank Sinatra, Dean Martin, etc.) at 9 a.m. Then, at 12 noon, there was an hour of “Checkerboard Time”, which was old Sons of the Pioneers and the Chuckwagon Gang singing, interrupted by farm news and grain reports. At 1 p.m., it was time for two hours of Country Music, followed by an hour and a half of Pop Hits, followed by an hour of “Bruce, the King Of Soul”, and finishing out the day was Pop/Rock. Versatile, to say the least.

One had to be a Jack of all trades to do the job. You had five minutes of state news to read before the top of the hour and five minutes of national news to read after the top of the hour station I.D. Of course, you had to have all your commercials either in the cart machine, or sitting in order next to it, and your music out of the news had to be cued up to start when the news was finished.

There were public service announcements that had to be read, birthdays that had to be announced and celebrated, and commercials that had to be written and recorded. The phones rang incessantly, the sister FM station, which was generally automated, needed reel to reel tapes changed, news had to be ripped off the teletypes and rewritten for broadcast, and you had to be witty on the air or you’d lose your audience.

Of course, some of that changed when you hit the larger markets. You still had to pick out some of your music, even though the Currents and 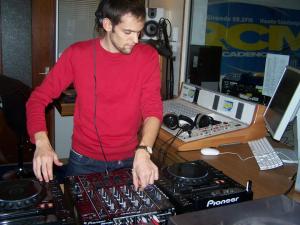 Recurrents were in a box beside you for easy access and heavy play rotation. You were now in a market that was in the ratings book, so you really had to be aware of your audience and what amused them to simply hit your numbers and keep your job. The news was usually recorded by a true station newsperson, and the commercials were written by a production staff (which usually meant you had to fit 90 seconds worth of copy into a 60 second spot).

Pay was never good. Oh, you could survive, but the days of Howard Stern and other greats were yet to come. The real perks, for the single guy, came in the form of disc jockey groupies. No matter where you went, if you looked halfway cool, you left with a great looking partner.

As Clear Channel and other groups bought out independent stations and made them all sound the same, many of us left the announcing industry. Luckily, I found my way into stand-up comedy. Others weren’t so lucky. I know of several that are M.C.’s at strip clubs. (I understand the perks are still quite good, though!)

The satellite radio industry still has its star announcers, as do some local stations, especially with a live morning crew. Otherwise, radio has become monotonous as the jocks are saying the same things, stations are playing the same music, and the music industry has gone in quality decline. 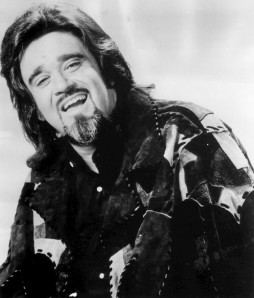 Wolfman Jack’s portrayal of a station disc jockey in the classic film “American Graffiti” is a good example of small town radio. At night, one could stretch the limits and play music not allowed in prime time. One could express opinions somewhat, as long as they didn’t conflict greatly with station policy. And, one could sit back in the silence and envision a day when they would be the master of the airwaves.

For most, the vision was only a dream.

Still, I cherish those memories. I remember having to go on a remote at a grocery store and talk for 15 minutes an hour about the world’s largest piece of cheese on tour there. (It’s the only time I could say “cut the cheese” on the air and get away with it!) I remember interviewing many rock stars that were making a comeback and hitting every little concert hall they could to revive their fame. I remember standing in front of the glass window as another jock was reading the news and doing my best to make him laugh during it. And, I remember getting ticked off at our station manager, cussing my ass off as I got up to go to another room to reset the reel to reel automation system, and looking up to see the “On Air” light still on as I left the broadcast booth. (Yeah, that one got me in trouble.)

I met my wife while I was in radio. In fact, let me introduce you to Godzilla I.

Yes honey, I was just joking. Now, go soak your tail to keep from getting all scaly!