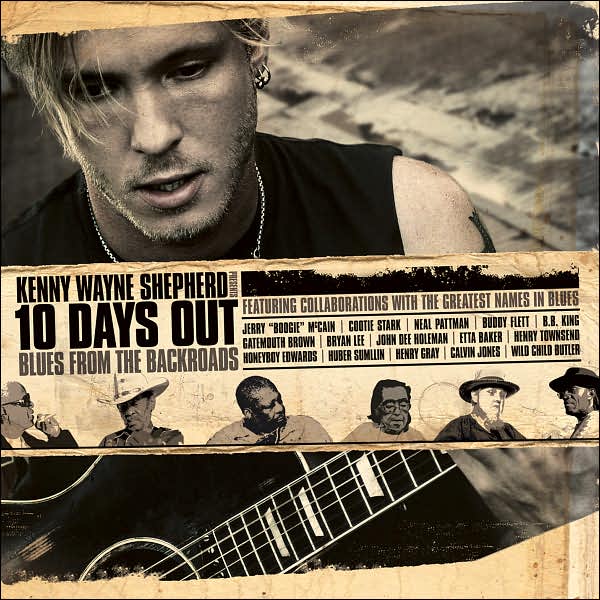 In fact, most of this album, “10 Days Out: Blues From The Backroads” might be called “mellow” blues.  But, then again, since when does the blues have to be hardcore?

Kenny Wayne Shepherd got together with many of the most famous, but some of the most obscure blues artists of the past and came out with this album.  It contains a couple of studio tracks, but mostly live cuts.  And, what live cuts they are!

The King is here … B.B. King that is, and you’ll never hear a better live performance of “The Thrill Is Gone” then you will here.  In fact, most of the songs you’ll hear here are better than normal.

No, it’s not because Kenny Wayne Shepherd is playing along with the classic stars.  As much as I hate to say it, I’m not that much of a KWS fan.  Oh, I’ve got a couple of his albums, but mostly, I find his vocals something beyond “melodious.”  Can’t help it.  That’s just the way it is.

I will admit to him being a strong musician on the guitar, though.  And, it doesn’t have to be a power strokin’ mode to sound good.  KWS does extremely well on many of the acoustic tunes here.

Still, it’s the classic artists that make this what it is.  Besides B.B. King, KWS joins Cootie Stark, Neal “Big Daddy” Pattman, Henry Gray, Henry Townsend, Etta Baker, Pinetop Perkins, and many others in making this a Blues cd you won’t want to pass on.

So, sit back, grab a beer or drink of your choice, and let the toe tapping begin.  You won’t be sorry you did! 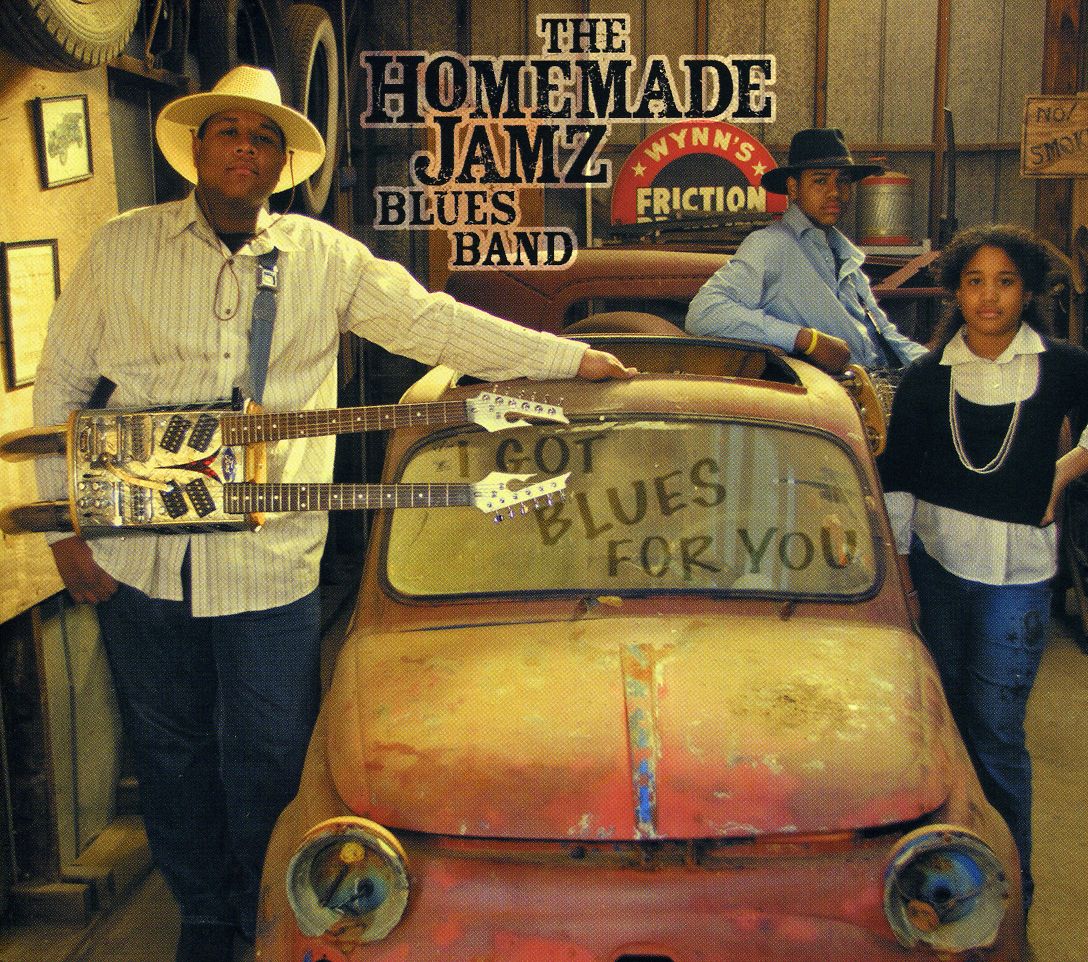 I took a chance on a cd the other night.  It’s by a Blues band known as The Homemade Jamz Blues Band.

That’s just what I thought when I saw it.  After investigating, I found that this band was formed in 2007 by two brothers and their younger sister (she was only nine at the time).  Not only that, but the brothers use a homemade guitar and bass that were made out of used automobile parts!  How’s that for rustic?

Don’t let it turn you away, by any means.  In fact, these kids (I use the term loosely) have won so many honors and awards it’s unbelievable, including the Bay Area’s Blues Society West Coast Hall Of Fame Blues New Artist Of The Year for 2008.  (The size of the trophy had to be monstrous just to get all that on the tag!)

Whether you like is slow and classic sounding, or fast and more progressive, this band will take you there.  They’ve been around for a while now, and their latest release, “I Got Blues For You”, continues to ensure they’ll be here for a long time coming.

Ben Harper has classified himself as an artist of many genres.  True, he’s never had a major crossover hit of any sorts, but considering the crap that becomes hit records these days, that might be more a blessing than a curse. 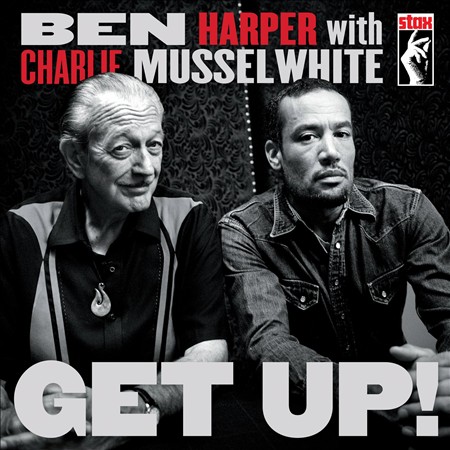 Charlie Musselwhite, at 69 years of age, has more experience in playing the Blues than Harper’s got years on this Earth.  He started playing with many of the greats as a teenager, later became a major part of the Paul Butterfield Blues Band, and then broke out again on his own.

So, what do you get when you put the two of them together?

I wish I could tell you for sure.  I’m still undecided on this release.  Not that it’s a bad release, it’s just really different when it comes to what one would consider traditional, or even progressive blues.  Oh, there’s the typical blues riffs and such, but I just feel like there’s something missing here.  The following tune is one of the few the combination of the two works well.

Charlie’s work is outstanding.  I think Harper’s the weak link.  He seems to present the Blues in a fashion not conducive to blues artists.  It’s almost as if a folk singer walked into a Blues bar and said, “Hey, I can do that!”  Sadly, he found out quickly that the Blues is more of an art form than he anticipated, or, was prepared to handle.  Thinking even more about it, it almost sounds like he’s trying to emulate a Lenny Kravitz sound on a couple of the tracks.  Definitely not what one expects from the Blues!

Again, nothing against Harper.  I have many of his albums and enjoy them.  It might have been the production.  I don’t think so, but I’m willing to give a well-known artist a break.  I hope he deserves it.

And, “No”, I won’t be giving anyone this album for Christmas this year.  I might pick up a copy or two of Charlie’s “Ace of Harps”, but not this one.

I try to keep the friends I have. 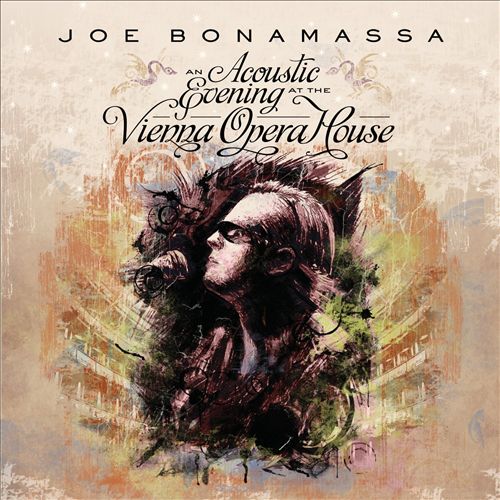 Now, several of you know that I’m a big Joe Bonamassa fan.  However, as wonderful as a guitar player that I think he is, I’m beginning to look at him as I did Stevie Ray Vaughan.

No, not attack.  Just making a comparison.  SRV and Joe both have many great songs.  And, you immediately know the songs are theirs.  Maybe, too much so.

Same riffs, same beats, same old same old.  Oh, there’s always songs that can be pointed out to be different, but, then again, there’s still major similarities to be found in their signature style.  I guess it just boils down to if you like their style enough to listen to it album after album after album.   (“Yawn!”)

In March, Joe released, “An Acoustic Evening At The Vienna Opera House.”  Sad to say, this one didn’t even chart on the U.S. Blues Chart.

Have we heard enough from Joe?  Is it the same stuff being rehashed and put out time and time again?  Or, has his association and participation in the rock band “Black Country Communion” creating a glitch in the Blues energy he was once able to demonstrate? 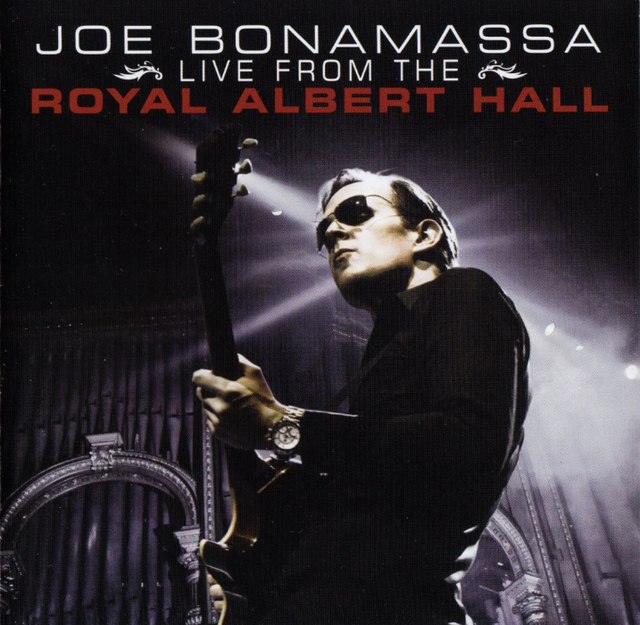 Hell if I know!

“An Acoustic Evening At The Vienna Opera House” is a nice production to listen to on a long drive at night.  It won’t give you a headache, and some of the tunes (if you’re familiar with Joe), will have you singing along.

But, if you’re not familiar with this individual, and still insist on buying a live album of his in order to get a sampling of his music, I would recommend “Live From The Royal Albert Hall” instead.  The power he projects from this once in a lifetime experience is beyond compare, and his playing impeccable.  And, even though Eric Clapton kind of takes second fiddle during their song together, it’s still a tremendous version to enjoy!

Joe Bonamassa & Eric Clapton “Further On Up The Road”

“…Opera House” deserves six out of ten stars.  If you choose “… Albert Hall”, you’ll enjoy a nine star affair!  The choice is yours!

As I’ve said a couple of times, everyone’s taste in music is different.  I’ve never met another person that likes exactly the same things that I do, nor do I ever want to.  Music is a personal decision.  Just because one person likes one thing over another, it doesn’t make them a music God to follow verbatum.  In fact, be different from the masses and experiment with all different styles and genres.

Having grown up during the 50′s & 60′s, Rich Rumple was a personal witness to the confusion of the times. His love of music drew him into the conflicts of the day as he protested many of the atrocities in civil rights and an overseas war. Ironically, military service, during the final days of the Vietnam Conflict, ended a music career in a successful band. However, his love of music held true as he later chose a career as a radio announcer over law school. Here, along with being able to play the music he cherished, he interviewed many top music acts. This allowed him to gain much knowledge of the recording industry and the psyche of music artists in rock, jazz and R&B. Later, his love of performing transformed him into a career in stand-up comedy. Twenty years later, his love for music continues.
Quote: “Being born in 1954, Rock ‘N Roll and I have grown up together. I wouldn’t have had it any other way!”