Cher has just released yet another album. 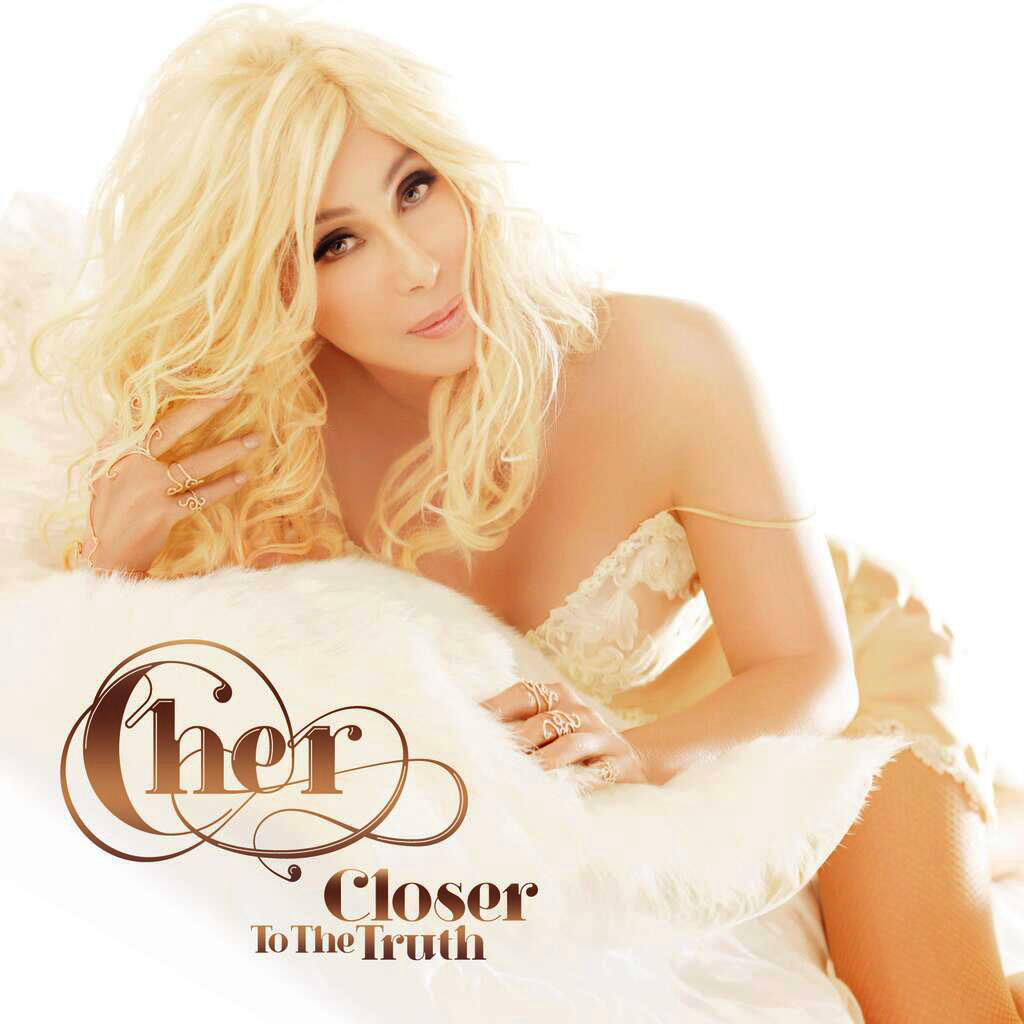 No, the plastic surgery hasn’t hurt her singing voice.

Why would someone with such a great voice allow this to happen?

Could it be that she’s afraid of aging and losing her younger audience?  Is her fear so strong that she, the all powerful and definitely one that could tell today’s producers where to go, actually feels that she must reduce herself to the norm and cover up her vocals with techno pulse electronics?

There are a couple of songs in which she allows her voice to shine.  You can feel her sincerity, love, hopes and dreams in each of these selections.  It’s a shame.  An entire album comprised of these type of songs could be a benchmark for all to reach.  But, fear can be a factor in making the wrong decision.  It is unfortunate that she seems to allow it to rule her career.

But, she’s a millionaire and I’m not, so perhaps I’m the one that’s stupid!

Does selling out in order to make money really do her musical talent justice?

For some of us that have followed her career since her “Sonny & Cher” days, we know she’s more than one of today’s “throw away” Pop artists.  Her sound is unique as it calls to your heart in a song like “The Way Of Love”, and mischievous in “Gypsies, Tramps & Thieves.”  But, from way back then to today, something changed.  Something happened to her.  Something occurred in her life that demanded she aim towards the Pop audience only and produce tunes that wouldn’t stand the test of time, but only supply funds for the day.

I’m not saying her new album, “Closer To The Truth” doesn’t have substance.  It does, but in a frivolous manner.  It’s basically a Pop/Dance album that says little in message, but will do well for exercise class music or Pop dance halls.

There’s a difference in “keeping up with the times” and “being true to your music.”  You could do much better, oh talented goddess of the decades!  Please, before it’s too late and the years eat away at your precious vocal ability, give us all something worthy of the praise you deserve! 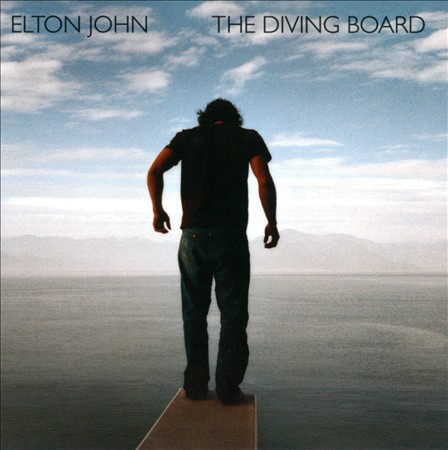 Something like Elton John’s new album, “The Diving Board.”

I am a fan of early Elton John.  There have been many hits along the way, but there have also been many misses.  I will admit to having every album he’s composed in my collection.  However, most of those released in the 80’s and 90’s are doing a good job of gathering dust.

I will make a statement here that many will probably shoot me for.  Not since “Goodbye Yellow Brick Road” has Elton had the complete quality in an album as his latest presents.

Strong statement, huh?  Believe me, it won’t be a popular one to the snot nosed music reviewers employed today.  You know, the ones that were raised on 90’s music and have never listened to anything previous to  that time period.

At first listen, the album will pull you into a world of mournful loss and storytelling beauty.  This, regardless of Pop opinion, is what Elton does best and what originally put him on the music map.  I won’t bore you with details, as I’ll let his music and words speak to your heart and soul when you listen to it for the first time.

But, if you’re looking for something to raise you out of this world with an electronic beat, you’ll be disappointed.  He doesn’t use such cheap thrills to get his point across and make a buck.  This, to me, is what Cher needs to see and take note of.  If it is to be Elton’s swan song album, he couldn’t have left a better example of quality of music.

I’ve bought so many albums in the last few months, my wife is going crazy wondering where I’m going to store them.  (Even those downloaded, I make a hard copy to keep in my collection in case of hard drive disaster.  It’s happened twice, so I learned by experience!)  Anyway, out of all of those I’ve purchased, this is the album of the year.  Oh, the Grammy’s won’t recognize it as such.  They only look at the throw away artists for the most part.  But, real music lovers will cherish this selection.

Needless to say, it holds my highest recommendation!

Not so the latest Sting release, “The Last Ship.”

This is where things get strange.  This album seems to be a follow-up to several of his past albums.  It brings about many references to past songs and characters in those songs.  It’s slow, told in a story manner, and I must say, somewhat boring to which to listen all the way through. 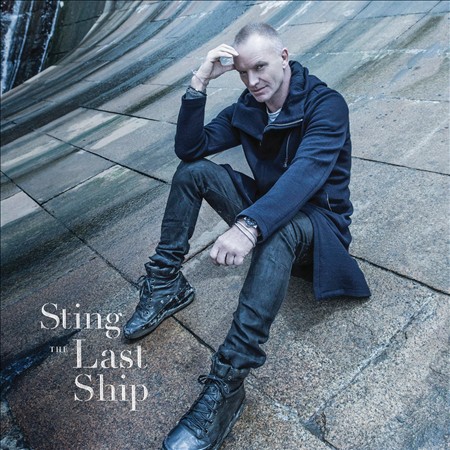 “The Last Ship” has it’s good points, especially if you’re trying to get some sleep and need some background music to finish the job.  Yes, boys and girls, can you say, “Boring?”

But, it’s not produced badly, and I guess, if you’re a real Sting fan, you’ll find it has some production value.  Sting’s vocals seem to have dropped and octave over the years, and may even be classified as unrecognizable at times.  But, let’s be real.  The guy is getting up in years and did put a lot of effort into this release.  Sorry, Sting!  I’ve really been a fan for years.  It just didn’t touch my sensitive spot.

Finally, lets take a look at an artist that may not be too familiar to you.

Laura Mvula has recently released “Sing To The Moon” to the world.  (Thank God, a new artist that dares to be different!)

I can’t classify her music.  I’d love to say R&B, but it’s not.  Jazz?  Nope!  Easy Listening?  Not by any manner!  Pop?  Dream on!  Rock?  Not the furthest thing from the truth!   World Music?  Maybe this is the closest genre she enters. 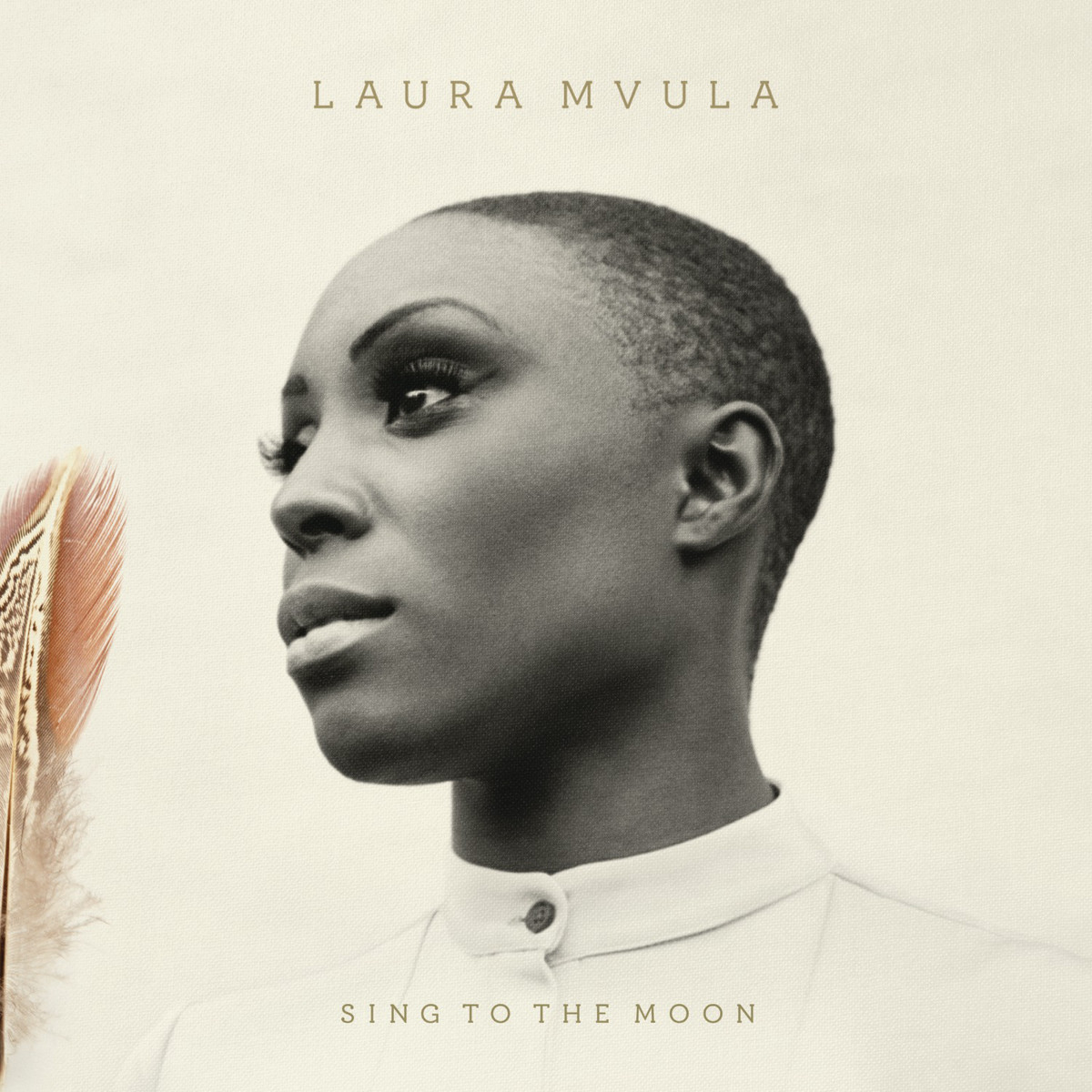 There is no specific beat.  What?  Listen to it and you’ll see what I mean.  The songs break up into multiple beats, runs, and storylines.  It’s almost like a Broadway music score at times, taking you on a journey into the weird but beautiful land of “keep up with me and you’ll enjoy it!”

This may not be an album for those who love today’s standard trash that’s being aired.  Even I can’t say as though this would be an album that I’d play everyday.  But, I will say that I completely enjoyed it.  “Sing to the Moon” is refreshing in our world of formula sound.  Different?  You bet!  Fun?  You bet!  Storytelling?  Oh My God, YES!  (Just listen to the song “Green Garden” or “Is There Anybody Out There” and enjoy the vision!)

Laura Mvula  “Sing To The Moon”

Laura is a true artist from the meaning of the word.  They still exist (believe it or not) and can hold true to their music.  Not a sell out, at least for now.  Let’s hope she never does!

Remember, music is for the listener.  You may not agree with the above reviews.  That’s okay!  I may not agree with everything you like or dislike either.  The fact remains that there’s a lot of good music available for you to sample.  Don’t hold back.  Experiment with different styles and genres to increase your perspective and collection.  You may be surprised at what you’ll discover.