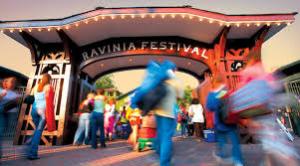 It’s the end of the summer; we try and make it to as many concerts at our local Ravinia Festival during their short season. It’s a completely unique venue, sprawling lawn lot’s of giant trees shading the area, planted in the middle of a residential neighborhood. It was originally built in the 1940’s as the summer home for the Chicago Symphony Orchestra. The sound is simply amazing for a place so big. This year, we saw 7 concerts, and for our last concert of the season – we planned to see Cheap Trick.

I’m not going to lie, I was burnt-out. My sister and I leave the house at 1:00 to wait in line to be the first in the park to run our butts off to get what we think is the best possible spot on the lawn. It’s like the running of the bulls. And by concert #7 I was wondering if we even wanted to go.

Amazingly, the husbands stepped up. They didn’t want us to blow off the show, and they were willing to wait in line for 3 hours and then sit in our perfect spot for another 3 until the show started. (now don’t get me wrong, we do it up. Wine, cheese, beer, salted caramel chocolates…. you name it, we have it. Books and card games too)

Still, I wasn’t expecting much.

During sound check – the beauty of early arrival, my husband called me and tried to hold the phone up. All I heard was a lot of noise, I was not impressed. Although I am a lover of all things music, I only have a few favorite Cheap Trick songs. And since they haven’t been on my radar, I was not aware of the surprise to come. 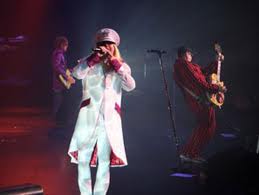 Actually, our husband’s told us this, but we figured they were full of it. Imagine our surprise when Rick Nielsen came out and announced they would be doing Sgt. Peppers, some Cheap Trick and then more Beatles! Well now they had my attention! And with a full orchestra? That called for a shelving of outside entertainment.

The show was amazing, the talent of the band was still strong, the Chicago Philharmonic was flawless and Gingger Shankar on the double violin was breath-taking!

The magic of this concert brought up these thoughts:

The most important thought:

The age of album rock and concept albums is basically dead. Sure you can create one, and you can even hope to have some people care enough to buy it. But really? When you can have the instant gratification of downloading that one song you just love without buying the whole album, what’s your motivation?

And by “providing” this service we are encouraging mediocrity. While once upon a Beatles time, an album was conceptualized from first song to last. Now all you need is a few hits and the rest is “filler”, because really, whose going to buy the whole album anyway? Our children will never understand, or even think about the choices a band made in the order of songs. They will never know what a b-side is. They will never need to buy a whole album just to own their favorite song.

I left the concert feeling energized and frustrated. Frustrated by the fact that as I attempt to raise my son with a deep appreciation of music, I have been going about it all wrong. Energized by the fact that it’s never too late. I never tossed all of those CD’s I uploaded into iTunes. The day after Cheap Trick, I popped in the first disc that’s been in my car’s CD player ever. The Beatle’s Sgt. Pepper’s is in rotation. All my son will hear for the next few weeks in the car is that same album over and over, that’s how we did it (but on a record player in the living room). I am thinking the next CD in rotation will be some Jazz. He already loves the jazz mixes I’ve made, but I can guarantee you that every Jazz album I own was meant to be listened to from beginning to end. I am making a promise to myself to seek out new musicians that are making music for the music and not for the highest number downloaded.

Just to give you an idea of the caliber of musicianship that was part of this amazing concert here is a video of Gingger Shankar playing the double violin. She is an amazing artist and composer. She has played with The Smashing Pumpkins and she wrote the score for The Passion of the Christ, she has done so much more, and continues to be a prolific composer and artist. Go click on that link up there and check her out.